Text 1
In spite of “endless talk of difference,” American society is an amazing machine for homogenizing people. There is “the democratizing uniformity of dress and discourse, and the casualness and absence of deference” characteristic of popular culture. People are absorbed into “a culture of consumption” launched by the 19th-century department stores that offered “vast arrays of goods in an elegant atmosphere. Instead of intimate shops catering to a knowledgeable elite,” these were stores “anyone could enter, regardless of class or background. This turned shopping into a public and democratic act.” The mass media, advertising and sports are other forces for homogenization.

Immigrants are quickly fitting into this common culture, which may not be altogether elevating but is hardly poisonous. Writing for the National Immigration Forum, Gregory Rodriguez reports that today’s immigration is neither at unprecedented levels nor resistant to assimilation. In 1998 immigrants were 9.8 percent of population; in 1900,﻿13.6 percent. In the 10 years prior to 1990,﻿3.1 immigrants arrived for every 1,000 residents; in the 10 years prior to 1890,﻿9.2 for every 1,000. Now, consider three indices of assimilation – language, home ownership and intermarriage.

The 1990 Census revealed that “a majority of immigrants from each of the fifteen most common countries of origin spoke English ‘well’ or ‘very well’ after ten years of residence.” The children of immigrants tend to be bilingual and proficient in English. “By the third generation, the original language is lost in the majority of immigrant families.” Hence the description of as a “graveyard” for languages. By 1996 foreign-born immigrants who had arrived before 1970 had a home ownership rate of 75.6 percent, higher than the 69.8 percent rate among native-born Americans.

Rodriguez notes that children in remote villages around the world are fans of superstars like Arnold Schwarzenegger and ﻿, yet “some Americans fear that immigrants living within the remain somehow immune to the nation’s assimilative power.”

Are there divisive issues and pockets of seething anger in ? Indeed. It is big enough to have a bit of everything. But particularly when viewed against ’s turbulent past, today’s social indices hardly suggest a dark and deteriorating social environment.

Text 2
Stratford-on-Avon, as we all know, has only one industry – William Shakespeare – but there are two distinctly separate and increasingly hostile branches. There is the Royal Shakespeare Company (RSC), which presents superb productions of the plays at the Shakespeare Memorial Theatre on the . And there are the townsfolk who largely live off the tourists who come, not to see the plays, but to look at Anne Hathaway’s Cottage, Shakespeare’s birthplace and the other sights.

The worthy residents of doubt that the theatre adds a penny to their revenue. They frankly dislike the RSC’s actors, them with their long hair and beards and sandals and noisiness. It’s all deliciously ironic when you consider that Shakespeare, who earns their living, was himself an actor (with a beard) and did his share of noise-making.

The tourist streams are not entirely separate. The sightseers who come by bus – and often take in ﻿ and ﻿ on the side – don’t usually see the plays, and some of them are even surprised to find a theatre in . However, the playgoers do manage a little sight-seeing along with their playgoing. It is the playgoers, the RSC contends, who bring in much of the town’s revenue because they spend the night (some of them four or five nights) pouring cash into the hotels and restaurants. The sightseers can take in everything and get out of town by nightfall.

The townsfolk don’t see it this way and local council does not contribute directly to the subsidy of the Royal Shakespeare Company. cries poor traditionally. Nevertheless every hotel in town seems to be adding a new wing or cocktail lounge. Hilton is building its own hotel there, which you may be sure will be decorated with Hamlet Hamburger Bars, the Lear Lounge, the Banquo Banqueting Room, and so forth, and will be very expensive.

Anyway, the townsfolk can’t understand why the Royal Shakespeare Company needs a subsidy. (The theatre has broken attendance records for three years in a row. Last year its 1,431 seats were 94 percent occupied all year long and this year they’ll do better.) The reason, of course, is that costs have rocketed and ticket prices have stayed low.

It would be a shame to raise prices too much because it would drive away the young people who are ’s most attractive clientele. They come entirely for the plays, not the sights. They all seem to look alike (though they come from all over) – lean, pointed, dedicated faces, wearing jeans and sandals, eating their buns and bedding down for the night on the flagstones outside the theatre to buy the 20 seats and 80 standing-room tickets held for the sleepers and sold to them when the box office opens at 10:30 a.m.

Text 3
When prehistoric man arrived in new parts of the world, something strange happened to the large animals. They suddenly became extinct. Smaller species survived. The large, slow-growing animals were easy game, and were quickly hunted to extinction. Now something similar could be happening in the oceans.

That the seas are being overfished has been known for years. What researchers such as Ransom Myers and Boris Worm have shown is just how fast things are changing. They have looked at half a century of data from fisheries around the world. Their methods do not attempt to estimate the actual biomass (the amount of living biological matter) of fish species in particular parts of the ocean, but rather changes in that biomass over time. According to their latest paper published in Nature, the biomass of large predators (animals that kill and eat other animals) in a new fishery is reduced on average by 80% within 15 years of the start of exploitation. In some long-fished areas, it has halved again since then.

Dr. Worm acknowledges that these figures are conservative. One reason for this is that fishing technology has improved. Today’s vessels can find their prey using satellites and sonar, which were not available 50 years ago. That means a higher proportion of what is in the sea is being caught, so the real difference between present and past is likely to be worse than the one recorded by changes in catch sizes. In the early days, too, longlines would have been more saturated with fish. Some individuals would therefore not have been caught, since no baited hooks would have been available to trap them, leading to an underestimate of fish stocks in the past. Furthermore, in the early days of longline fishing, a lot of fish were lost to sharks after they had been hooked. That is no longer a problem, because there are fewer sharks around now.
Dr. Myers and Dr. Worm argue that their work gives a correct baseline, which future management efforts must take into account. They believe the data support an idea current among marine biologists, that of the “shifting baseline.” The notion is that people have failed to detect the massive changes which have happened in the ocean because they have been looking back only a relatively short time into the past. That matters because theory suggests that the maximum sustainable yield that can be cropped from a fishery comes when the biomass of a target species is about 50% of its original levels. Most fisheries are well below that, which is a bad way to do business.

Text 4
Many things make people think artists are weird. But the weirdest may be this: artists’ only job is to explore emotions, and yet they choose to focus on the ones that feel bad.

This wasn’t always so. The earliest forms of art, like painting and music, are those best suited for expressing joy. But somewhere from the 19th century onward, more artists began seeing happiness as meaningless, phony or, worst of all, boring, as we went from Wordsworth’s daffodils to Baudelaire’s flowers of evil.

You could argue that art became more skeptical of happiness because modern times have seen so much misery. But it’s not as if earlier times didn’t know perpetual war, disaster and the massacre of innocents. The reason, in fact, may be just the opposite: there is too much damn happiness in the world today.

After all, what is the one modern form of expression almost completely dedicated to depicting happiness? Advertising. The rise of anti-happy art almost exactly tracks the emergence of mass media, and with it, a commercial culture in which happiness is not just an ideal but an ideology.

People in earlier eras were surrounded by reminders of misery. They worked until exhausted, lived with few protections and died young. In the West, before mass communication and literacy, the most powerful mass medium was the church, which reminded worshippers that their souls were in danger and that they would someday be meat for worms. Given all this, they did not exactly need their art to be a bummer too.
Today the messages the average Westerner is surrounded with are not religious but commercial, and forever happy. Fast-food eaters, news anchors, text messengers, all smiling, smiling, smiling. Our magazines feature beaming celebrities and happy families in perfect homes. And since these messages have an agenda – to lure us to open our wallets – they make the very idea of happiness seem unreliable. “Celebrate!” commanded the ads for the arthritis drug Celebrex, before we found out it could increase the risk of heart attacks.

But what we forget – what our economy depends on us forgetting – is that happiness is more than pleasure without pain. The things that bring the greatest joy carry the greatest potential for loss and disappointment. Today, surrounded by promises of easy happiness, we need art to tell us, as religion once did, Memento mori: remember that you will die, that everything ends, and that happiness comes not in denying this but in living with it. It’s a message even more bitter than a clove cigarette, yet, somehow, a breath of fresh air. 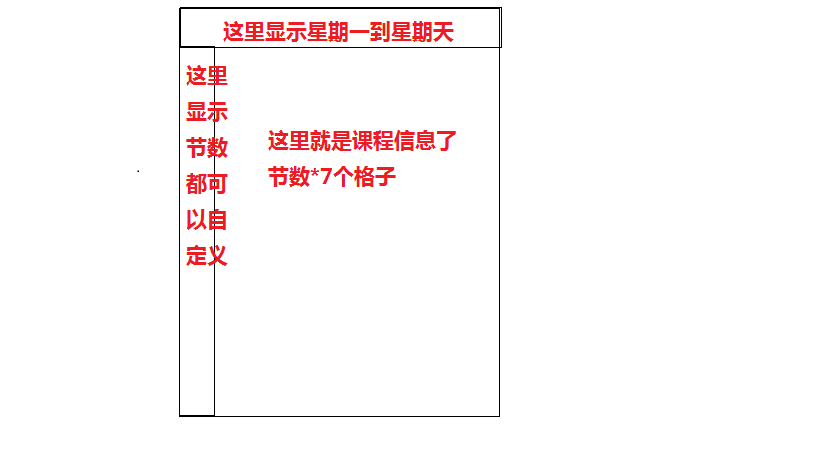 题目如下&#xff0c;感觉很适合喜欢琢磨的程序员&#xff0c;也是考验你编码风格的时候。 Lets make a tower defense game&#xff08;塔防游戏):1. You have 1 tower, with H health and D dps(damage per second).2. There are n attackers, each with h_i health and d_i …... 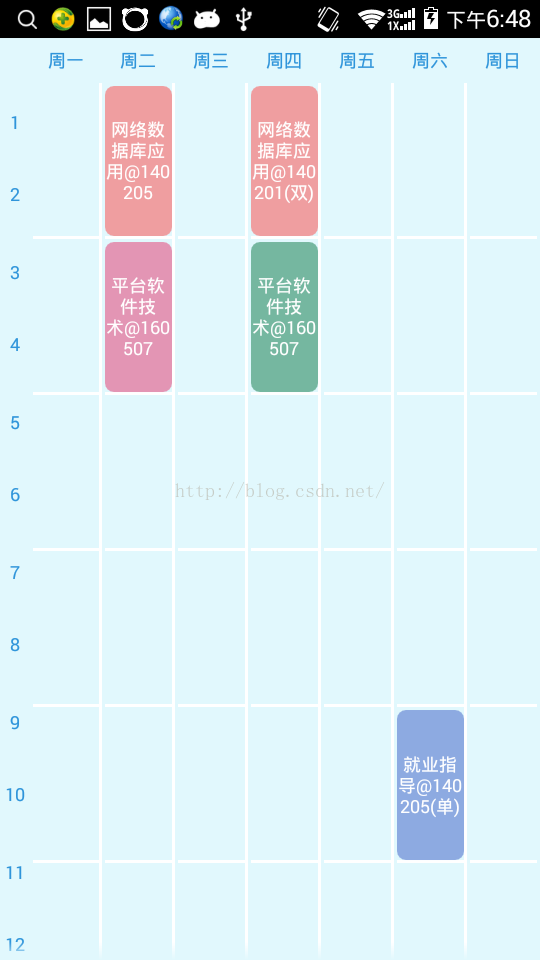 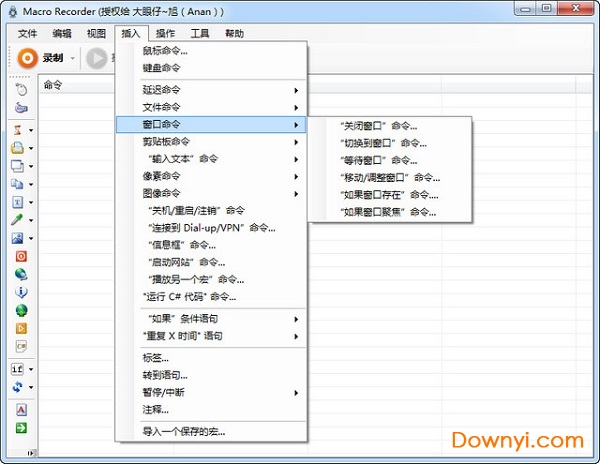 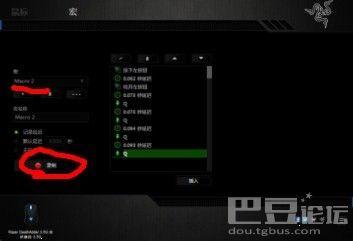 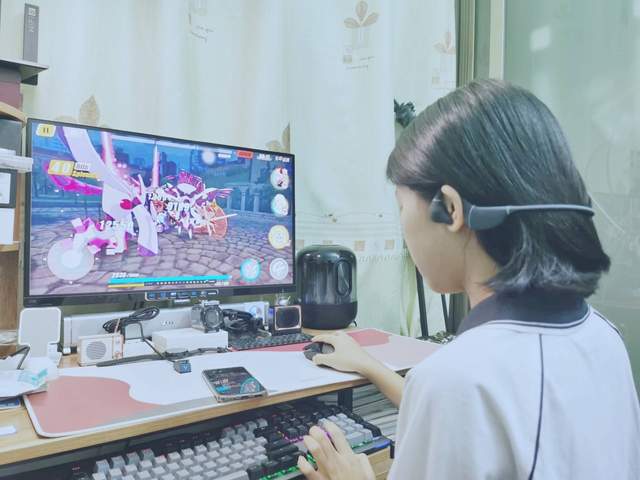